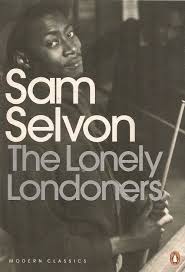 Sam Selvon’s The Lonely Londoners was written in the 1950s in a climate of change for the West Indies and Britain. As the British Empire slowly lost grip of its ‘acquired’ colonies, the British population found themselves with the confronting prospect of their colonial subjects ‘invading’ their white spaces and homeland. The Lonely Londoners tells … END_OF_DOCUMENT_TOKEN_TO_BE_REPLACED